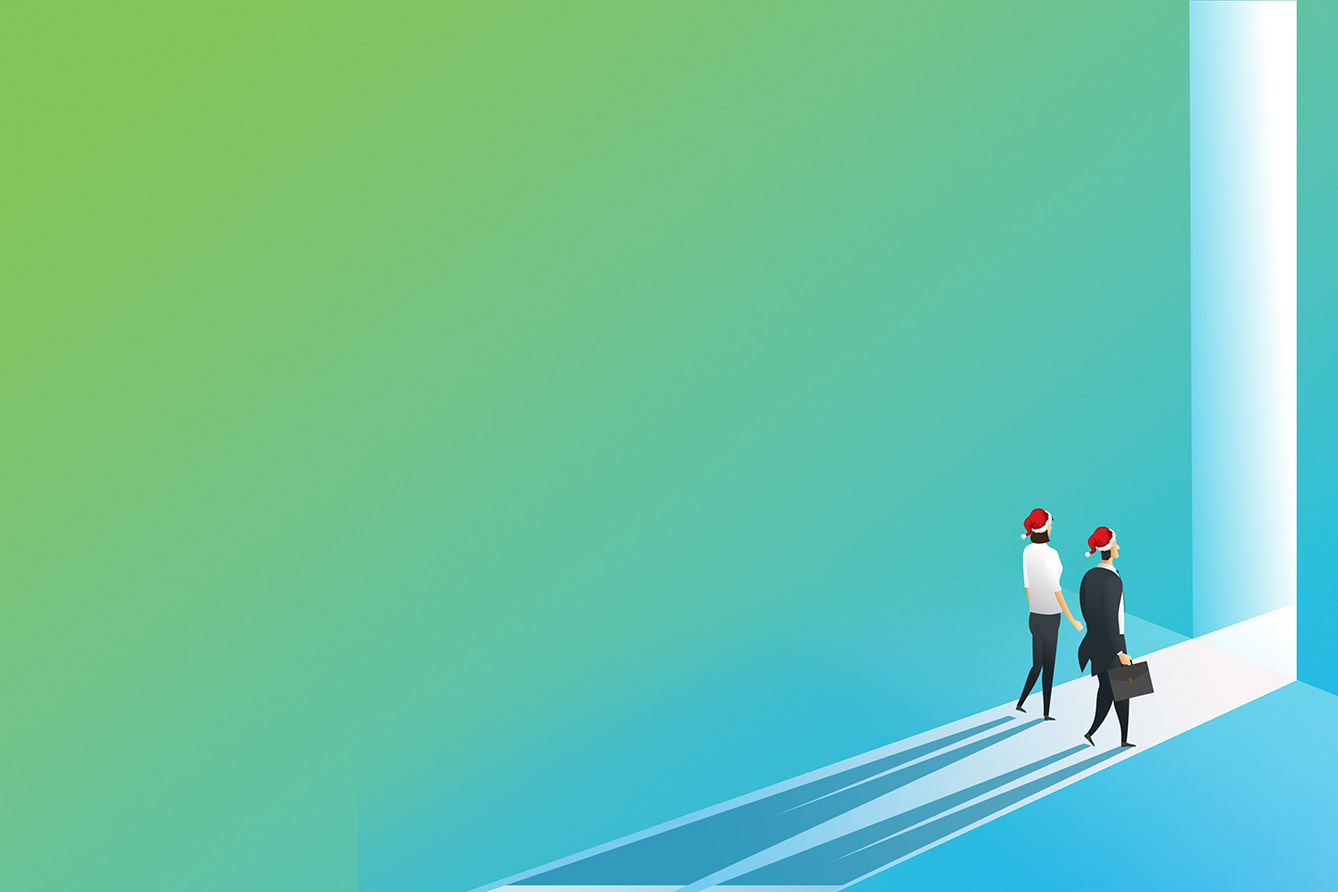 Ho Ho Hold-On. What Are the Budgets for SaaS Spend and Headcount in 2023

It's the most wonderful time of the year! Or is it? Rising concerns about an economic downturn have many SaaS companies worried. We've already seen mass layoffs across the tech sector, with Twitter, Meta, Snapchat, Amazon, and DoorDash slashing their workforces.

However, despite the doom and gloom, there could be Claus for celebration. Tech spending as a whole, including SaaS spending, has been rising in recent years. And as emerging vendors, you can ride a massive sleigh of overall growth in enterprise software spending. So let's dive into whether 2023 will be naughty or nice.

Headcount Plans Claus a Scene in the Tech Sector

With some companies in the tech sector cutting their workforces by up to 50%, people are understandably worried. You snow the drill by now - whisperings of recession push companies to cost-cutting conservatism. And with employees accounting for a considerable chunk of spending, this is often where companies focus their attention initially. Next comes slashed projects. Naturally, many SaaS companies see this trend as a sign that companies across sectors will slash SaaS spend and kill automation and hyper-automation plans.

However, this picture is less bleak than you might think. First, it's important to recognize what's happening in the tech sector doesn't necessarily tell us what's going to happen elsewhere. Although the specific causes behind these mass layoffs will vary from company to company, the current state of the sector as a whole is likely the root cause here.

What do we mean? Well, while many sectors struggled tree-mendously during the pandemic, the tech sector did not. In a world where we were all forced to stay at home and spend time online, social media platforms, streaming services, and online shopping marketplaces thrived. And as a result, many tech companies reported record profits. These profits drove big salaries and benefits for developers and other tech professionals.

Whatsmore, many tech companies believed this surge in online activity would become the new and permanent norm. So they expanded their teams and created entirely new teams dedicated to upcoming projects. Several years on, and it seems many industry leaders may have had a little too much elf-confidence. The pandemic has indeed shifted how we use the internet, but not to the degree the industry predicted. In short, tech companies hired too many people.

That said, with a potential recession on the horizon, we will see reactionary measures across sectors, but they're likely to be less severe than in the tech sector. Still, with all industries understandably concerned about the uncertain economy, some cost-cutting, and headcount reductions will likely follow.

So what will this mean for SaaS spend across sectors? Let's look at the latest predictions.

Some experts predict technology spending will rise despite fears over the broader economy. According to Nash Squared's annual survey of 1,800 digital leaders, global tech spending is set to surge at its third-fastest rate in over 15 years. Moreover, an eye-watering 52% of digital leaders say they expect their tech budget to increase during the following year, despite the majority anticipating an economic downturn.

Nash Squared chief executive Bev White says companies are continuing to invest in tech spending in the post-pandemic era because they believe it will boost their resilience for what comes next. When it comes down to it, technology can help reduce risk. For example, robust automation-powered cybersecurity tools can prevent costly cyber-attacks and regulatory penalties. Moreover, effectively applied robotic process automation (RPA) can help reduce errors and improve efficiencies.

The survey also showed that almost two-thirds of digital leaders report large-scale use of cloud technologies, and most believe investment in the cloud will give them a competitive edge. In addition, nearly two-thirds of leaders also believe big data and analytics will be vital to beating out their competitors in the next year.

And it's not just Nash Squared predicting a rise in tech spending. According to Forrester Principal Analyst Chris Gilchrist, now is not the time to hold back on tech spending. He expects that tech budgets will come under more scrutiny, and companies will think more carefully about the types of technology they invest in. However, he recommends that companies focus on maintaining spending in areas generating customer value and reducing costs. Of course, many SaaS and automation products will fall under this umbrella.

SaaS Spending will Grow Faster Than Predicted in 2023

This SaaS trend represents a shift in how companies think about technology. Today, organizations are all too aware that having a digital-first strategy is what's going to allow them to get ahead of their peers. Tech giants like Amazon and Netflix have fundamentally shaped the publics' expectations around what tech can do. Think hyper-personalization, hyper-convenience, and compelling user experiences. Consumers now expect the same things from all businesses they interact with, at least to a degree.

It's also important to note that business decision-makers are consumers too. Their experiences with tech help shape the direction they want to take the companies they work for.

In short, SaaS spending has been increasing worldwide for a number of years, and this is unlikely to change, despite economic uncertainty. For example, global enterprise software spending stood at $529 billion in 2023. However, that figure is expected to rise to a startling $750 billion in 2023.

With this in mind, we can expect to see SaaS spending surge and space made for new SaaS companies entering the market. But which SaaS companies are the most likely to succeed when budgets are tight? Let's dive into it in the next section.

Forrester Recommends Scaling Back Tech Spending, But Not in AI

So far, we've discussed how tech spending may rise, head counts may drop, and companies will invest more heavily in SaaS. But which specific technologies are companies most interested in with warnings of a deep recession on the horizon?

The answer is simple: AI and automation, including hyper-automation. Forrester recommends that companies take a close look at their budgets and trim spending where they can. However, they're also advocating that companies should keep spending when it comes to AI and automation. More specifically, Forrester recommends companies should invest in AI-powered chatbots and other kinds of digital workers.

Put simply, in times of financial uncertainty, improving operational efficiencies should be a top priority, and digital workers help achieve this. For example, robotic process automation (where software mimics human workers to carry out repetitive, rules-based processes) can help plug labor gaps, reduce errors, and speed up operations. RPA systems can conduct the same work as people but with greater accuracy and in a much shorter time.

In addition, RPA can help organizations prepare for a future where Big Data and analytics are essential to success. RPA is increasingly used for data transfer, handling, backups, and data cleansing within organizations, all of which as vital to leveraging corporate data for actionable insights.

RPA already offers considerable benefits, but mix in AI, and you have a potent recipe. With this in mind, the "winners" who emerge from this recession will likely be the companies who invest in RPA and emerging AI technologies in critical business areas. For example, these companies will leverage RPA for back-office and front-office tasks and AI SaaS tools for things like writing code, boosting privacy, and offering exceptional customer experiences. These companies will also systematically remove blind spots and bottlenecks in their workflows with the help of automation.

We see evidence of this shift toward AI and automation technology when we see what executives say about their 2023 budgets. For example, Jamie Smith, CIO at the University of Phoenix, says the university will implement a cloud-based interaction platform, including machine learning-based journey orchestration, multichannel communications, and integration into their customer data platform. The goal of this AI-powered automation initiative is to personalize interactions in real time.

Heading into 2023, don't let fear have the final sleigh over your business decisions. It's always good to be cautious, but when caution becomes fear, you miss opportunities for growth. Companies offering IT products, especially SaaS products, are in a much better position than most, even with a recession around the corner. The simple truth is that companies can't afford to reduce tech spending when tech is so critical to survival in uncertain times. 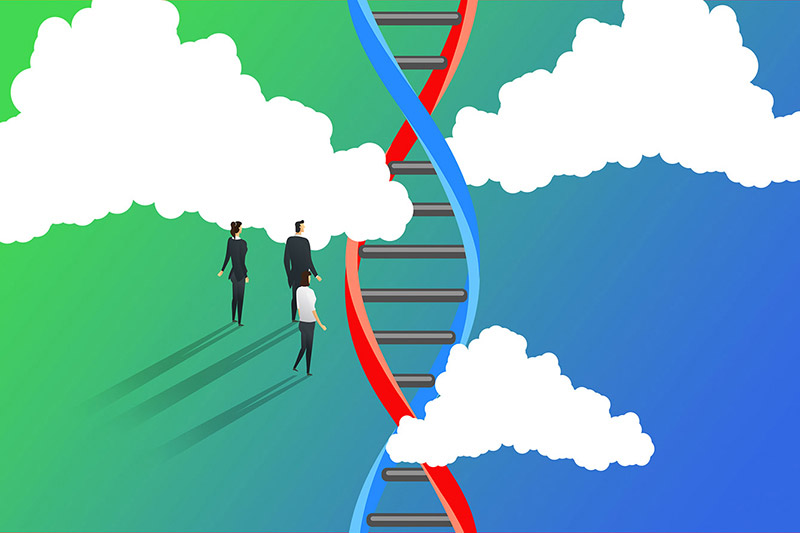 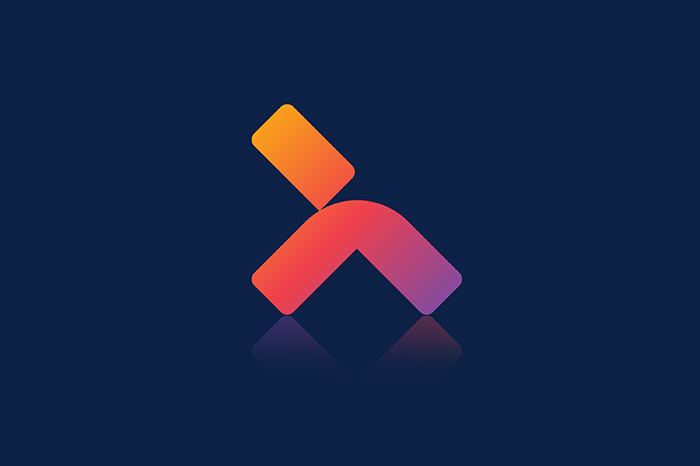 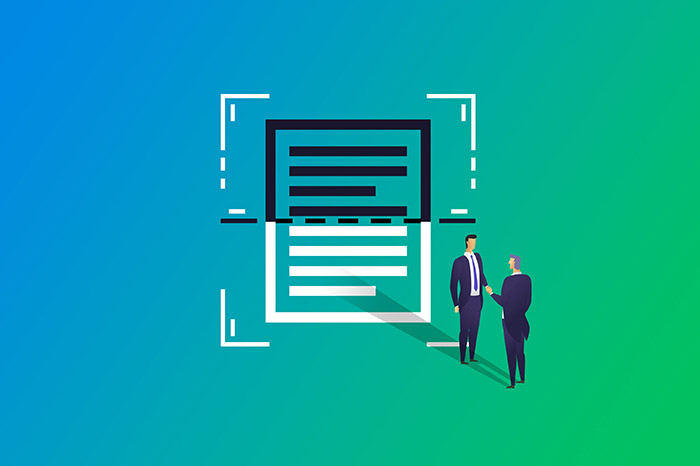