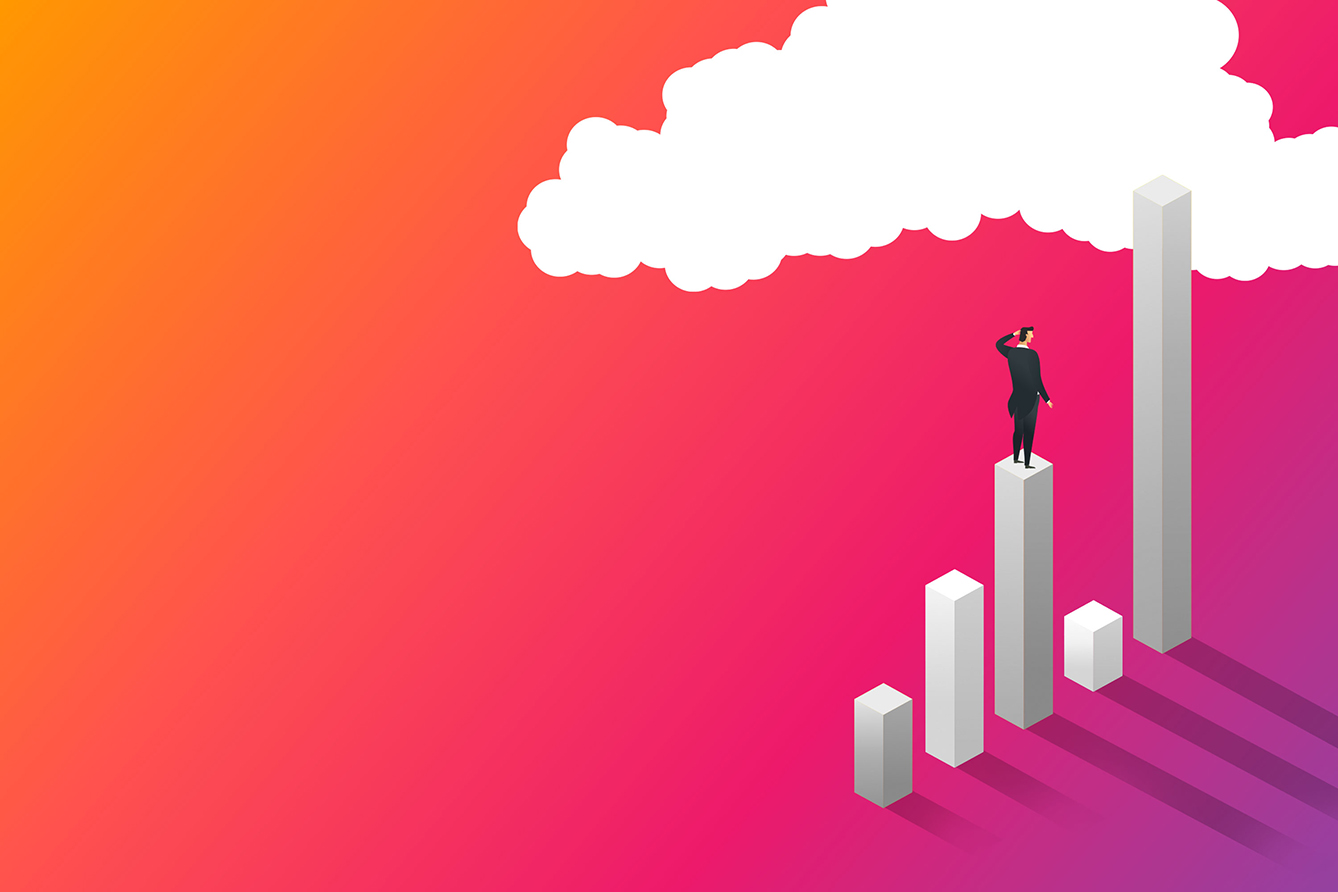 How to grow a SaaS company efficiently in a recession

With rising interest rates, there’s a new sheriff in town for all companies. It’s called efficiency.

Efficiency is now especially important for startups, which are always running fast toward a cliff.

When, as a typical startup, you have immediate death coming at you within 18 to 24 months, it’s really scary. When you reach the edge of that cliff, you either take off — or you don’t. And in this new environment in which interest rates are climbing, access to capital is diminished and investors are “fleeing from the riskiest companies,” meaning nascent companies are in an even more precarious position. They don’t have the luxury of hiring too many people or not the right kinds of people. Such mistakes will only accelerate their move off the cliff and to their deaths.

The gold standard is a burn multiple of one — for every dollar you burn, you add a net new dollar in subscription revenue.

As startups born or growing during the last recession, including Airbnb and Facebook, have proved, efficiency can put you on the fast track to massive success even in hard times. Yet many startups have much higher than necessary burn rates. Just look at Fast, a one-click checkout software startup that burned through $10 million a month. Earlier this year, Fast shut down abruptly after burning through more than $120 million in funding.

Avoiding this fate requires a radically different approach. You now need to ask: How can we slow down the speed at which we reach the cliff of death? Can we turn this into free cash?

Adopting this mindset can be very difficult for a young company to do, especially given the revenue growth demands that venture capitalists require on return. But such thinking is what you need to grow your company efficiently in a recession — and hiring against the burn multiple is a proven way to extend your runway while still achieving lofty growth targets.

To determine your own burn multiple you could, for example, assess what subscriptions you have now. Then, at the end of the third quarter in September, look at your net revenue subscription position again. This exercise should take in net new logos or deals sold, minus churn plus expansion. To calculate net burn, take collected revenue minus all of your operating expenses. To get to your burn multiple, divide your net burn by your net new revenue.

The gold standard is a burn multiple of one — for every dollar you burn, you add a net new dollar in subscription revenue. At less than zero, you are in a cash-flow-positive position, which is really hard to do. But say that you are burning $2 million in a quarter, and you are only adding $500,000 of net new ARR. You are at a 4x burn multiple, and you probably need to start thinking about how to reduce that.

By nature, when you initially raise money, you are not going to be efficient. You might bring in a recruiter, work to hire people in business operations and add employees in other disciplines.

Hiring engineers is an upfront investment in long-term efficiency. Technology is going to reduce some form of the burn equation. Go-to-market people can drive more revenue, especially if you increase their revenue goals. But a head of business operations or finance, who typically handles accounts payables and receivables and maybe some vendor management, is a direct burn. Companies need business operations functions, but much of this work can be distributed. A lot of the teams at my company own their own business operations. We’ve done that to be more efficient.

Efficiency is also really important because the goal of every venture-backed startup is to either get acquired or IPO. When a company goes public, it needs to transform from a cash-burning machine into a cash-generating machine. As a founder, the ability to know that you can, for example, get your burn multiple of three or four down to one is exactly what you’ll need to do when you IPO.

Now is a good time to exercise that muscle, because learning how to cut expenses and become more efficient isn’t always a switch you can just flip on later in life. Plus, changing your thinking and executing on those plans shows investors that you know the levers in the company that you can use to reduce expenses, such as cutting the hiring plan, asking people to participate in more initiatives and taking other steps to become more efficient.

Understand that planning for the worst positions your company best

As the Fed continues to raise interest rates to combat inflation, early-stage companies will face even greater scrutiny. So, the best approach for these businesses is to be conservative and make sure they have extra money in the bank so they don’t run off the cliff in 12 to 18 months.

There isn’t any magic number. Every business is different, and companies in certain sectors such as biotech are riskier by definition, so they might have higher burn multiples. My company is in the massive automation market and demand for our product is high, so we have some tailwinds. But most companies are not in that same position. A lot of direct-to-consumer companies are probably going to get hit pretty hard with consumer spending tightening up.

Planning for the worst and hoping for the best is a great way to go in this environment. I use an A, B, Z plan. Plan A is what happens during a high-growth environment. Plan B is what you do in good times. And Plan Z kicks in when you have to become profitable in the next three months to make sure you don’t die. When you have those plans, you feel much better about how you’re running the company, and you know that you can pick the right path for the right time.

In a Sequoia Capital memo warning founders they shouldn’t expect a quick economic recovery and that startups should extend their runway and quell excess costs, Business Insider reported, Sequoia said: “Don’t view [cuts] as negative, but as a way to conserve cash and run faster.”

We tell our employees that all the time — that even though we’re slowing hiring, we’re still hiring. We’ll be doubling, instead of tripling, our team in the next nine months.

Leading companies such as Google, Instacart, Lyft, Meta, Microsoft and Snap are also dialing back hiring in light of economic headwinds. We are also investing in efficiency, and our CFO has put controls in place for expenses. Our employees should feel good about that because the company will be around longer, and our team members will enjoy better job security as a result of these efforts.

Once you burn your money and reduce your runway, you can’t get it back. Such concerns may feel counterintuitive to what was valued in the market even six months ago. But in today’s environment, it’s important to think closely about how you’re using capital. Even if you’re growing at a rapid clip, you don’t necessarily want to keep investing in growth. Take that extra money and invest it in efficiency.

That’s what we are doing, and we will continue to monitor the business environment, adjust as needed and use the burn multiple as our North Star.