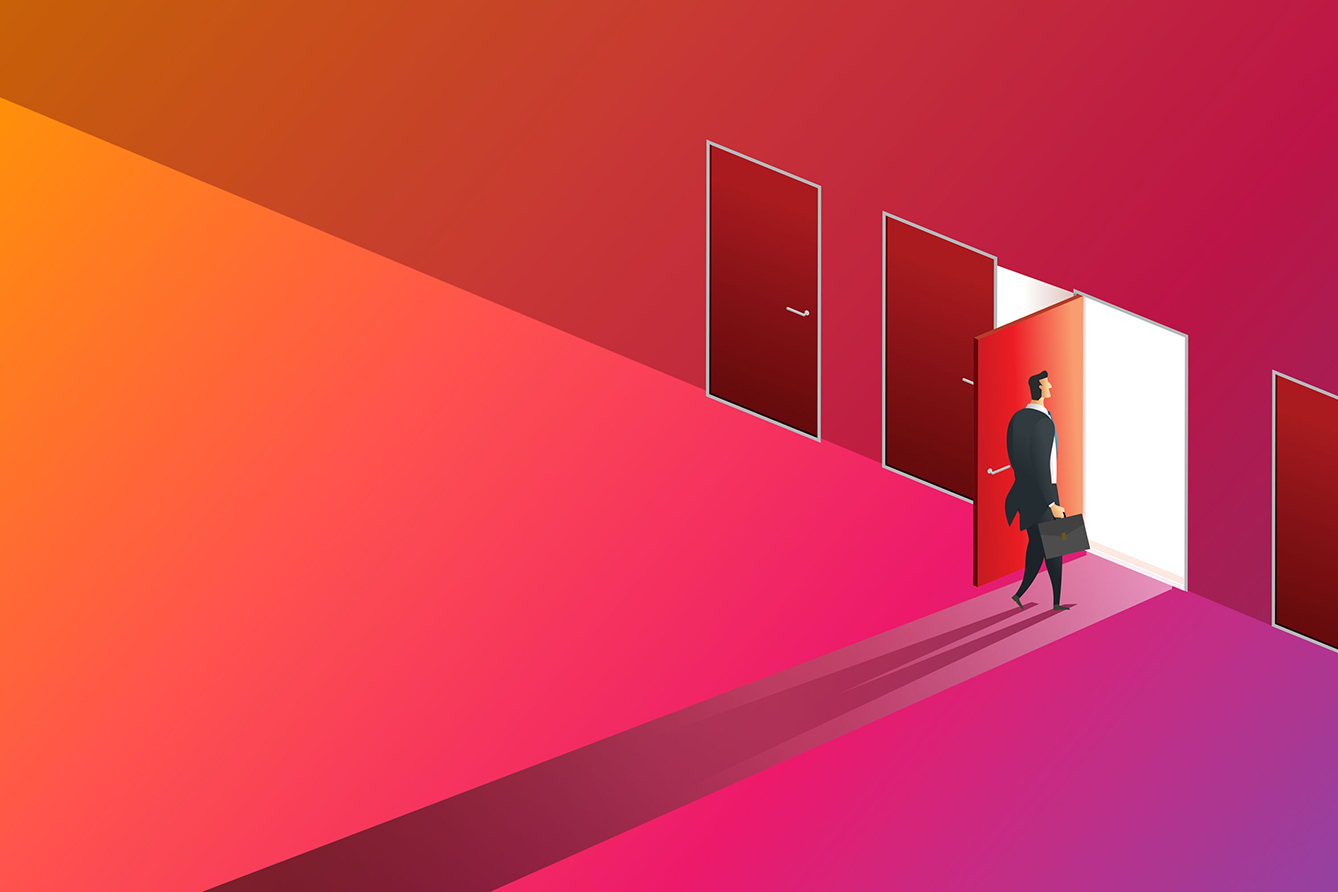 Many employers have made it clear that they want their workers to return to the office – at least part of the time.

But some employees, who have spent the last two years working almost entirely remotely, are wondering why they need to return to in-person work at all. Gas prices are high. Covid infections are on the rise (again). They’ve been productive at home and when they do go into the office, few of their coworkers are there.

“Employees really want flexibility and choice over where, when and how to work. They don’t want to be told: ‘You need to be here on these days.’ They want to be able to choose,” said Ryan Luby, associate partner at McKinsey & Company.

Earlier this year, a survey from Pew found that among workers who have an office outside of their home, 61% said they are choosing not to go in to their workplace.

Whether it’s a hybrid model or requiring employees to come in five days a week, employers need to show the value of asking workers to commute into the office again if workers have been successfully working from home for two years.

“If the only thing that is different about their day is that they are going to be home less…and they get to the office and there isn’t anyone else there or aren’t people for them to collaborate with, then there is going to be some scratching of their heads of what’s the point of doing this,” said Vanessa Matsis-McCready, associate general counsel and director of human resources at Engage PEO.

Matsis-McCready added that offering back-up child or elder care to employees can help with the transition. Also, smaller perks like paying for podcast subscriptions to make the commute more enjoyable, free meals in the office, in-person learning sessions and social gatherings can also help entice workers to come back.

Are companies cracking down?

In one of the more extreme cases, Tesla CEO Elon Musk reportedly sent an email to employees saying they need to be in the office for at least 40 hours a week or leave the company.

Still, many companies aren’t enforcing mandates just yet. But they are encouraging workers to come in, according to Brian Kropp, distinguished vice president in the Gartner HR practice, who added that companies tend to rely on badge swipes if they want to make sure employees are following protocol.

“The way that almost every company is tracking is: Did you swipe your badge when you came in through the doors or not?”

But for the most part, he said it’s too soon for companies to start cracking down on employees who aren’t putting in the required face time.

“At this point, they aren’t actively firing people who aren’t coming in often enough. “It’s much more of ‘let’s go talk to them and figure out what the problem is.’”

“The idea that if someone really just doesn’t want to be in the office, I think a year ago a company might try working with them, but now it’s a little bit more of ‘Okay is that what we want for our business?’ And maybe if it’s not, maybe they’re not a match any more and that’s okay,” said Matsis-McCready.

Some companies are looking to meet employees half way.

Fertility benefits management company Progyny first reopened its Manhattan office in September with a plan that workers assigned to its headquarters would come into the office five days a week. The company gave workers three months’ notice and, anticipating resistance, used the first two weeks as a test.

After returning to the office full-time, workers met with their managers, and executives held check-in meetings to gauge how people were adjusting. One of the workers’ main concerns was child care due to uncertainty around closures.

“Clearly no one liked the five days and that is what we anticipated,” said Cassandra Pratt, senior vice president, people at Progyny. “We did get the feedback that confirmed our thought process that hybrid was better.”

Two weeks later, the company shifted its policy, requiring employees to come into the office on Tuesdays, Wednesdays and Thursdays instead.

Still, some employees questioned why they were coming back at all when they’ve been working well remotely for the last two years, according to Pratt.

“That’s where we went back to the fact that our culture really is an in-office culture and we think those informal conversations and the face-to-face interactions are important to who we are,” Pratt said.”And we’ve seen a significant increase in collaboration. It’s also de-escalated some concerns and tensions and some group dynamics by being in person.”

The company expanded the types of roles that can work fully remote – but there are some limitations. Executives have to be able to come into the office three days a week and directors and vice presidents who manage teams in New York can’t work remotely full time. That requirement meant letting go of a few managers.

“We had a [few] people whose jobs really needed to be in-office given the level and scope of their role and they had relocated and we couldn’t make their role remote,” said Pratt.

Showpad, which offers software that aims to help companies boost sales, surveyed its workers ahead of reopening its offices last summer. The results showed that the majority of employees didn’t want to be in the office for more than one or two days a week. And 13% of workers wanted to work from home full-time.

While workers were clear about their preference, some of the company’s leadership initially worried the lack of in-person time could hurt its culture, said chief people officer Kelli Koschmann.

“Obviously, there was a tension between preference and business need and impact,” said Koschmann.

Now, the decision about how often workers come in is decided on a team level.

“[There] was a lot of conversation at the leadership level around what does good look like in terms of achieving the business impact that we want to have and how does being in the office play into that.”

How much does it matter if butts are in office seats?

Before setting up a firm in-office policy, digital workforce company Thoughtful Automation is assessing whether there’s a correlation between its employees’ performance and how many days they’re in the office.

The company, which launched in early 2020, started out fully remote. But as it grew, it opened up an office in Chicago and eventually gave workers the option to relocate – offering to pay their moving costs.

Now, the majority of the company is located in Chicago, and even though some employees had agreed to move, CEO Alex Zekoff said they still weren’t coming into the office as much as he wanted.

“In one of our all-hands meetings we had to be very explicit….and we put a policy in place.” Currently, coming in three days a week on average meets expectations, two or less is considered below expectations and four or five days a week exceeds expectations.

“We don’t actually know if someone comes in two days, are they less productive?” he said.

While there is no set in-person mandate right now, Zekoff said there have been some early signals of non-compliance.

“We are starting to have to deal with that,” he said. “It’s been a little bit more of a direct conversation of trying to understand what the issue is.”

Zekoff said they’ve also seen some indications that coming into the office more frequently does improve collaboration and performance.

“[One] team was sort of not coming in as much as another team and we noticed a team dynamic difference…the other team felt like they weren’t holding up their end of the bargain.”

But if the experiment shows that the increased office time doesn’t improve performance, Zekoff said he’s open to new polices.